A phase 4 post-marketing surveillance study published in the Journal Evidence Based Complementary and Alternative Medicine (JEBCAM) suggests that the ENAR device is a safe and effective self-help treatment for chronic painful problems.

The ENAR® (Electro Neuro Adaptive Regulator) Device is a hand-held electro-therapy device that can be administered by patients or practitioners and is approved by the Australian Therapeutic Goods Administration. The ENAR device provides a form of micro electrical stimulation, similar to electro-acupuncture, which uses a reflex-bio-feedback signal that interactively prompts the body to respond and treat unresolved problems.

This post-market user study comprised 481 patient-reported cases on the use of the ENAR Device. ENAR users reported high-levels of satisfaction with an average reduction in pain of 70% and functional improvement of 62%. A reduction in medication use was also reported by 91% of respondents who were taking drugs.

When asked about the results, the first author Professor Rod Bonello said:
“We had already seen that ENAR could produce a dramatic benefit in some cases, (previous chronic neck pain study Macquarie University) but frankly we were very surprised at how strong the results were in terms of effectiveness and versatility. It was found by almost all respondents (98%) to have a positive effect on their primary problem and almost one in five said that ENAR had ‘cured’ their problem. 92% of respondents rated ENAR as better than other types of therapy they had tried”.

The primary conditions for which ENAR was used were chronic painful musculo-skeletal complaints, although almost one quarter had used ENAR for other problems. Results were reported to last between hours and years, with the average benefit reported to last for months.

The study’s Chief Investigator Professor Marc Cohen stated: “With the ever increasing cost of chronic pain, and an aging population, there is a need for safe and effective non-pharmaceutical treatments. The ENAR device appears to provide such a treatment and our study of ENAR users provides evidence that ENAR therapy is effective for alleviating pain, improving function and reducing the need for analgesic medications. It appears that the self-administration of ENAR therapy provides patients with a higher degree of empowerment over their condition that may translate into significant cost reductions, with less time off work, less medication use and less suffering. 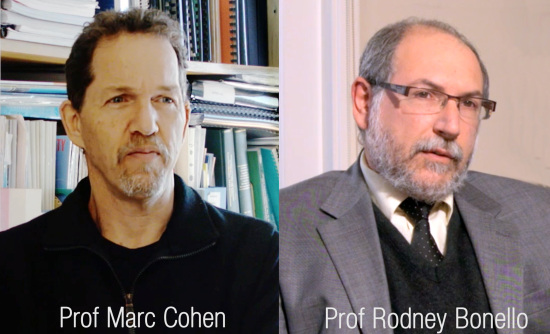